Have you ever finished editing your photograph and then just as you were about to save the image, presented with a baffling array of image file formats?

If it has been a while, let me just refresh your memory. It looks something like this. 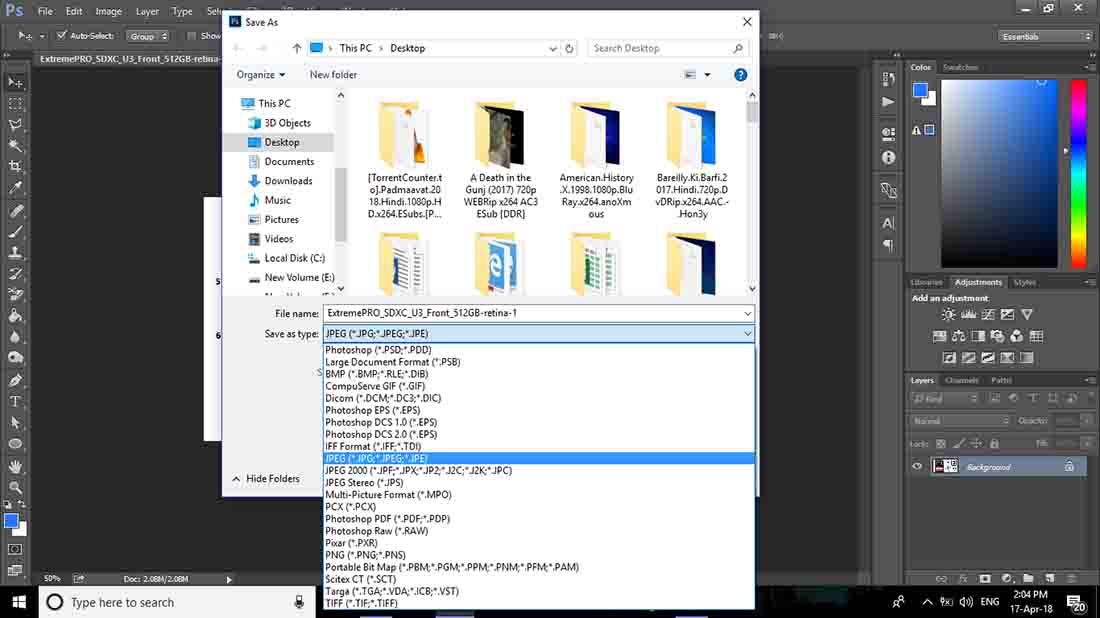 *.BMP, *.TIFF,*.JPEG, *.PSD, *.PNG, RAW……the list simply seems endless. But it ends today. After going through this article, I think you will have a pretty good idea about all the major image file formats and when to use them.

The Basics Of Image File Format

Before you ask, let me answer this. NO, the numerous file types are not there just to confuse you. Think for yourself. Would anyone, just for the heck of it, spend so much time, money and effort to make a new image file format if it was not needed? Would you?….. Exactly!

So let’s start with the basics first.

Even if all the above image file formats seem to save your photographs and images the same way, it is really not the case. The images may look the same when you preview them on a computer screen, but there are subtle differences which may not be perceivable to your eye. These certain subtle differences do matter depending on what it is that you plan to do with that image file.

Each and every format has a specific purpose that it serves better than the rest. Hence people use them, and you have so many options to choose from. Had the format type been redundant, I can assure you they wouldn’t be on the list either. Take for example JPEG. JPEG is fine for a web page but maybe not so much for very large-size prints. I will come to why this happens in just a bit.

The fundamental thing that you should understand here is that every image file format is designed and optimized for a particular purpose. Some formats are designed to store the maximum amount of details, while some are optimized to save disk space and make file sizes as small as possible. Some image file formats are used for storing photographs, while some are suitable to be used for saving vectors or graphics.

I think it is now best to stop the theoretical lesson here and give you some real-life examples of how these image formats are used so that you get a clearer picture of the scene.

Contrary to popular belief, RAW is technically NOT an image file format. It is simply a collection of data from which an image can be created.

Imagine it like this; a photograph when captured using a camera is nothing but a collection of data. Data about millions of tiny dots of colors called pixels, which when put together form a picture. Now, depending on the type of camera used, it captures a certain amount of data about the colors and intensity of these pixels in three RGB data components. As you can guess from the above process, the final product of the camera would be a large file since the objective of the camera is to capture as much of the data as it possibly can. This first-hand collection of data, just off the camera is called RAW. You can think of it as a digital negative if you want. 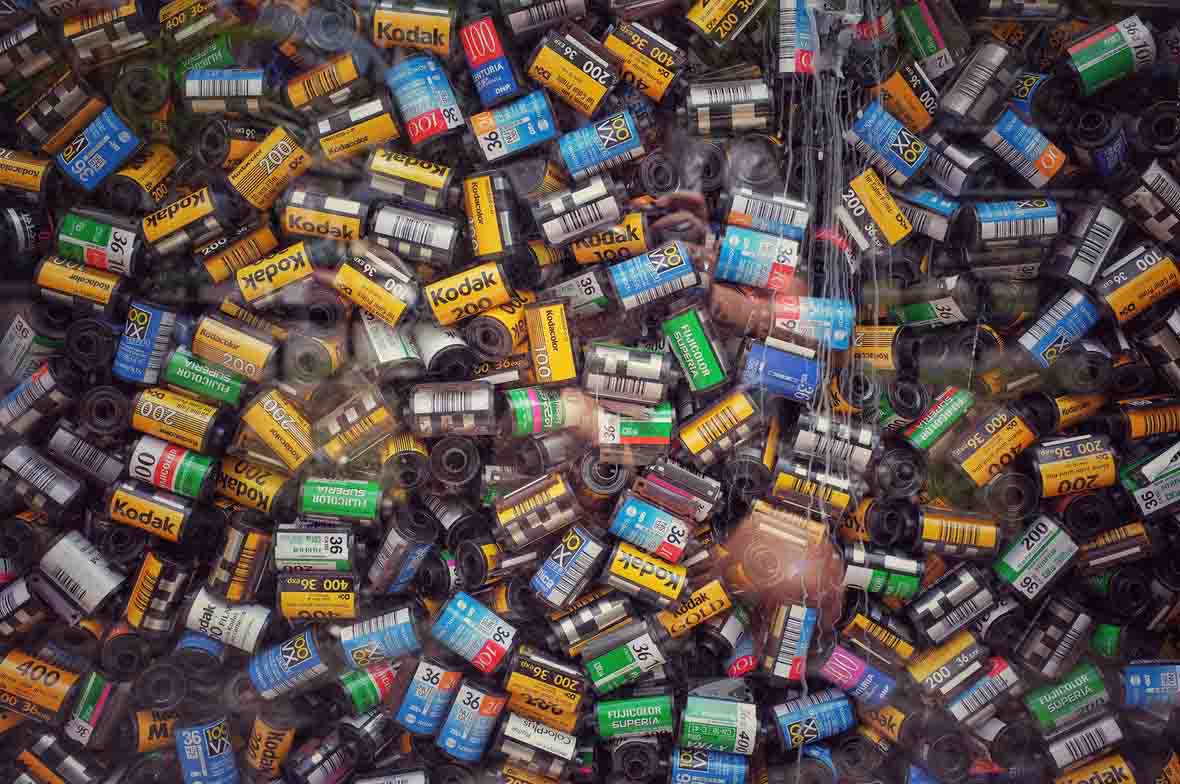 As RAW files are quite large and need special codecs to read them, they cannot be always used everywhere as is. They are hence processed and converted into some other image file formats which are then, in turn, used in various media. The reason why photographers shoot in RAW is that they are the entire exhaustive set of data the camera actually collects and, therefore, lend themselves to the highest degree of adjustments and post-processing. This is the flexibility other image formats simply cannot provide.

BMP or DIB (Device Independent Bitmap) is an older format developed by Microsoft. It is not so much in use these days, but earlier it was THE go-to format for all primarily because of its compatibility with nearly any device then. BMP format could be used to save both monochrome and color photographs (supports up to 16.7 million colors).

Although compression was available for BMP files, even then the file sizes were incredibly large. JPEGs soon surpassed BMPs, largely owing to the capability of compressing image files. Even though JPEG used lossy compression which means discarding data to reduce file size, it became quite popular.

Did you know JPEG actually stands for Joint Photographic Experts Group? No, you don’t have to be an expert to use it. It is already the most widely used image file format today on the web. The unique selling point of this image file format is its incredible ability to compress photographic images to very small sizes with relatively very little loss in photo quality. There is nothing like JPEGs for small-sized images. I mean you could get an entire photograph stuffed in a few kilobytes(kb).

Now to uncover the secret weapon of JPEG. JPEG uses what is known as ‘lossy’ compression, to magically reduce file sizes.

Try and imagine your digital photograph as a collection of data again. Modern digital cameras and DSLRs shoot at very high resolutions these days. However, you do not require such high resolutions to recreate the image on your computer screen. A tiny fraction of the entire data set would be more than enough. What JPEG does is discard some amount of data from the actual exhaustive data so that the resultant set of data is good enough to form a relatively good image but with a much smaller file size. 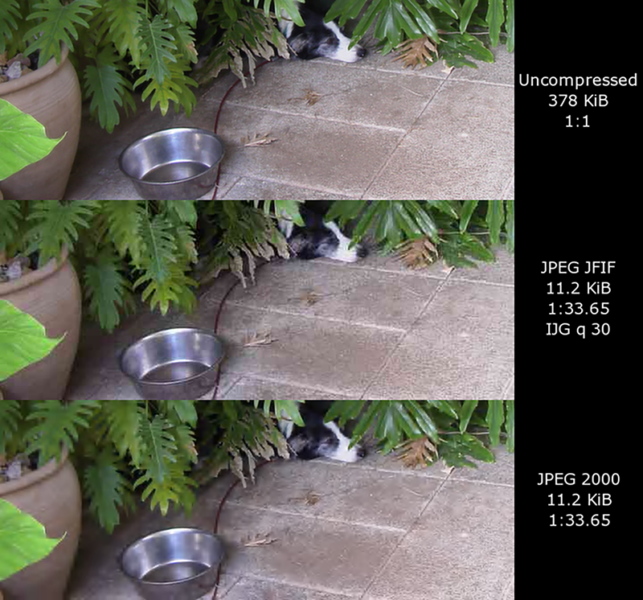 Now, the question arises why on earth would you want to do that. Spend crazy amount of money on high-resolution cameras, shoot RAW images to capture as much detail as possible, only to discard them later to reduce file size. Actually, it does make sense if you think about it. I am pretty sure you have this skeleton, NO not in your cupboard, but on your hard drive. I am willing to bet that there is significantly more number of pictures on your computer and storage devices than there are actual printed hard copies of them. Isn’t it? Am I wrong …? Guess not. Well, I can tell you the reason too.

Earlier in the film days the only way you could actually ‘see’ a photograph was to wash, develop and print it. Today, in the digital world, you can just look at the back of the camera the second you shoot an image to find EVERYTHING you need to know. Moreover, homo sapiens now use digital images more than ever due to the various social media sites that are growing like wild mushrooms on steroids, all over the Internet, every single day. 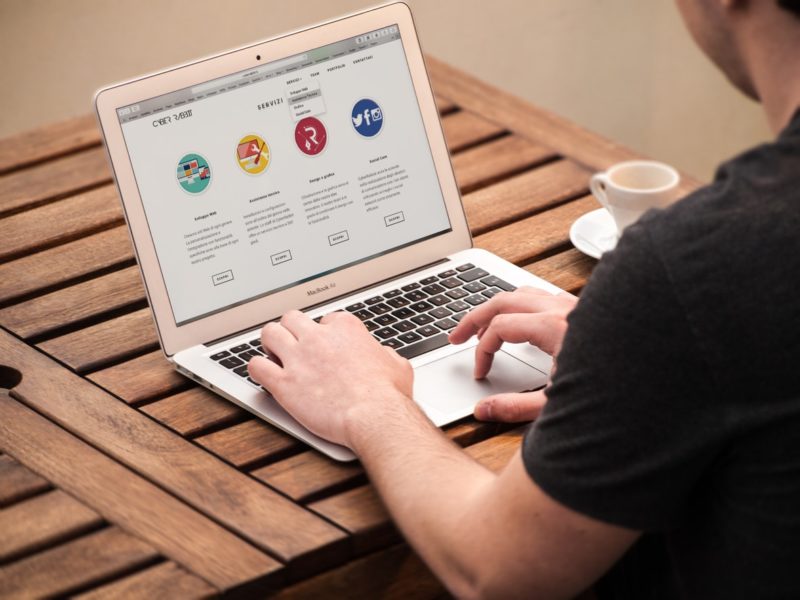 Web pages and online uses of an image does NOT require such high resolutions that the camera actually captures. Hence it makes no sense of keeping so much of ‘extra’ data when they do not make such a perceptible difference in quality when looked through a human eye. The Internet more often than not always welcomes images that are smaller in size. Smaller size images mean faster page load times and lower usage of precious data and bandwidth. Now you know why the hell JPEGs are so popular.

Just a few more things that you should know.

If quality and not smaller file sizes is your ask then you have got a friend in TIFF. TIFF stands for Tagged Image File Format. It was created by Aldus Corporation in 1986. Unlike JPEG, TIFF is a lossless format. It uses LZW compression technique to reduce file sizes without discarding any data (lossless). This means that it does not develop any JPEG artifacts no matter how many times you edit and re-save an image. For these reasons, TIFF image file format is highly used for archival purposes. Their durability and lossless compression is definitely a plus. 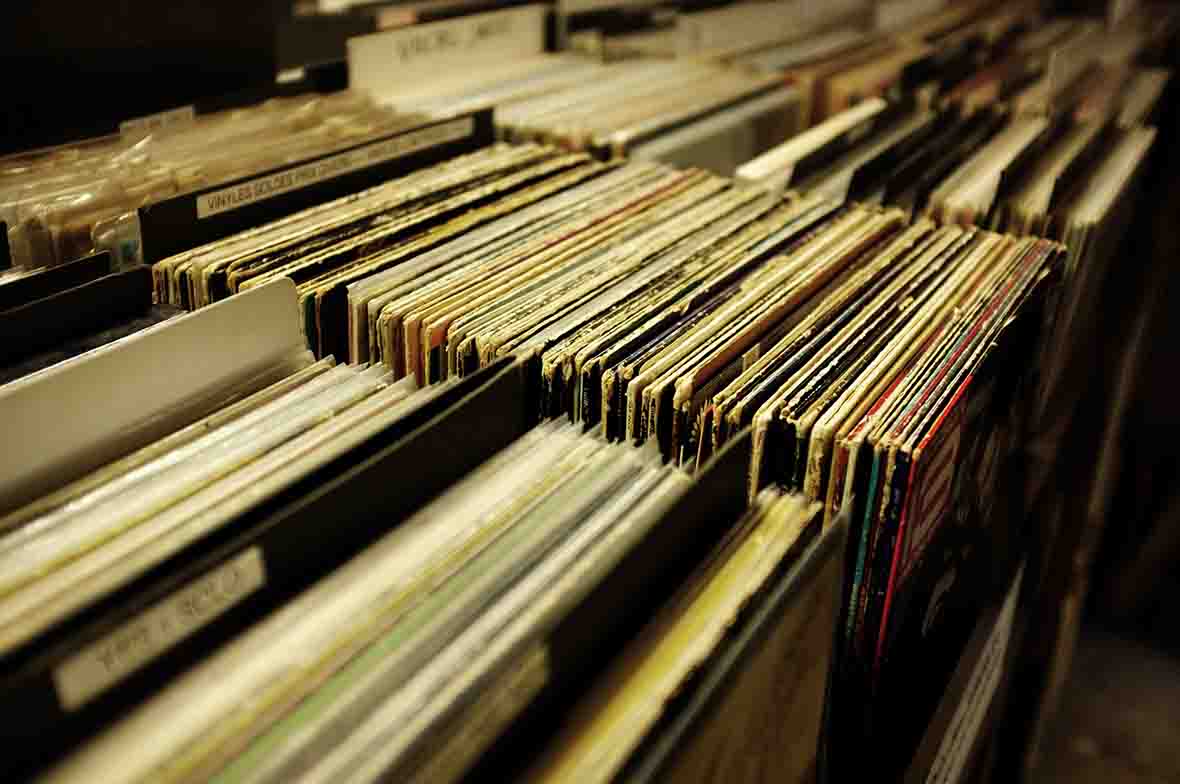 TIFF also supports many colour spaces such as RGB, CMYK, LAB and Indexed colour. From 1-bit to 48-bit colour, TIFF can handle it all. Most professional photographers hence turn to TIFF for their commercial needs. It is one of the highest quality photo formats available.

Doesn’t matter if you pronounce it jif or ghif, I am sure you have seen these all around the Internet many many times and whenever you tried to re-create your own always complained about why it looked so grainy. Well, it is NOT really such a mystery.

GIF format images can be animated by showing multiple images in quick succession but the catch is, it can only support 256 colours. Hence all the colours that are in between two shades of the same colour are generally lost, rendering the image grainy and not very sharp looking.

This is however only for photographs which have various tones and intensities of colours in close proximity. Simpler images like graphics and logos which do not have such wide array of colour differences can actually be well represented in this image file format. In this regard, GIF actually is better than JPEG since it too uses lossless LZW compression.

PNG stands for Portable Network Graphics and like it sounds, it was designed to send images over the Internet. Besides TIF, web browsers also show PNG image file format. It was initially invented as a workaround for the LZW patent issues with GIF. PNG is, however, a single-image format and unlike GIF doesn’t support animation.

Because this image file format was created only to transfer images over the Internet and NOT for professional-quality print graphics, it does NOT support any other colour space than RGB. 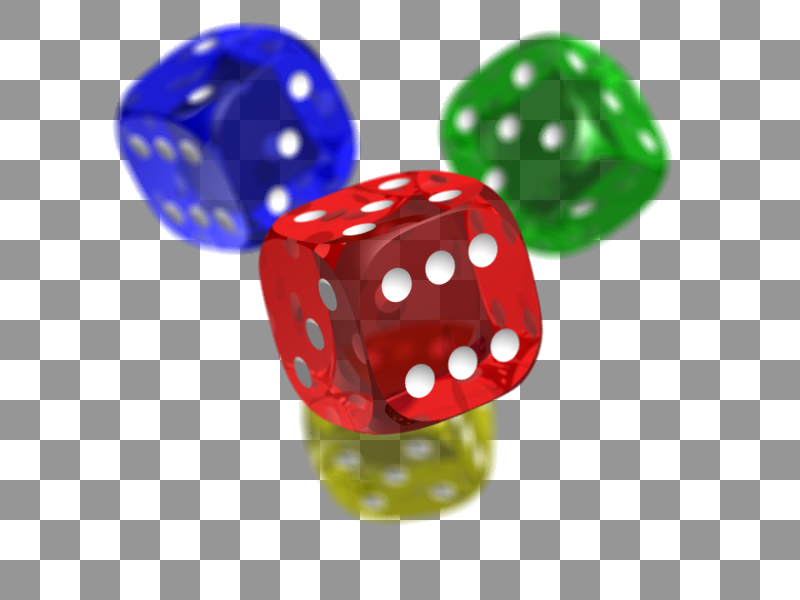 PNG has a hidden trick up its sleeve though. It supports transparency for 24-bit RGB images. Pick up any possible transparent image you might have now and it would probably be a PNG. It is because of this last trick that this image file format is so widely used today – logos, graphics, you name it. The file sizes are a bit smaller than even the LZW compression in TIF or GIF but it is slower to read or write. Overall, PNG is an excellent selection for lossless quality.

Scaleable Vector Graphics or SVG is an open standard developed by the World Wide Web Consortium since 1999. SVG is primarily used to work with vector graphics, bitmap images, and text. Since the name says itself (scaleable), any ‘image’ saved using this image file format can be resized to any size without any loss in quality. Unlike a bitmap image, vector images are composed of a fixed set of shapes and not pixels; the scaling, therefore, has no effect on the vectors. 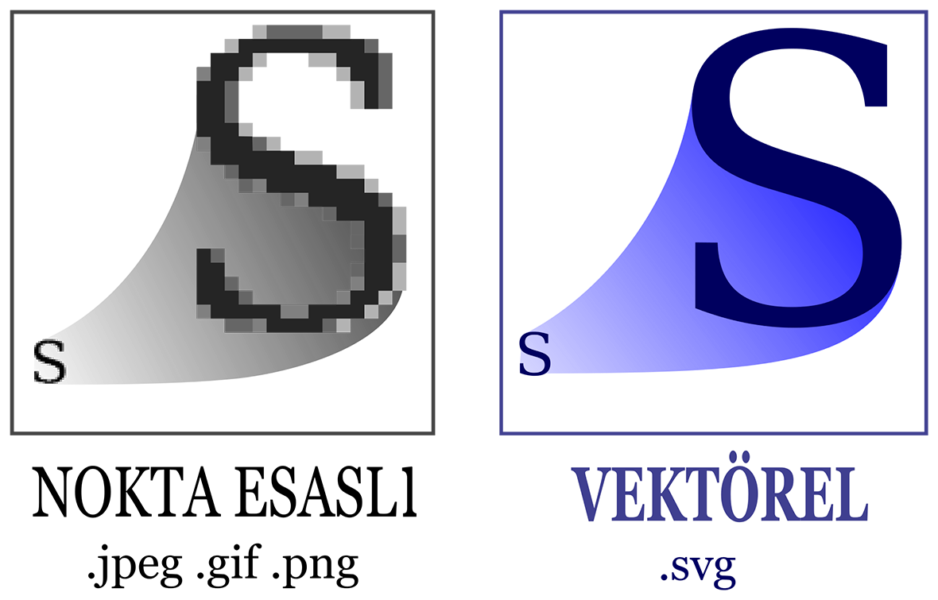 SVG allows animation too like GIF, although it is not as widely used as GIF for that purpose. It is also a lossless compression format and uses the industry standard gzip algorithm to compress images up to 20 to 50 percent of the original size. After the compression, the images have a ‘.svgz’ filename extension.

There you have all the image file formats, that you may possibly ever need for photography, explained. There are few more like ‘.Psd’ for Photoshop. It preserves all the working layers intact so that you can transfer the image and continue to work later but I guess you know them already.

So, the next time you are done editing and Photoshop/Lightroom offers you that plethora of image file formats to choose from, do NOT be baffled. Now you know which one to chose and when. Always keep in mind the purpose for which the image would be ultimately used and chose a file format accordingly.